It only seems like yesterday that we were updating our website and contemplating entering the wedding industry awards for the first time. In 2014, having been nominated by our couples for the second year in a row, we finally decided to jump in feet first and see what it was all about.

That spur of the moment decision changed everything for us. That year something lovely and completely unexpected happened. We actually won! It’s been an incredible 12 month since. Our first overseas wedding, a fearless award and we got married ourselves too.

So when this years awards opened and we once again were nominated, we didn’t hesitate. We’d had such a fantastic experience last time around. We loved receiving the anonymous feedback from couples so it was a no brainer for us.

We’d missed the awards ceremony last year due to work, so we really wanted to head along this year. Not just for a much needed night out! We also wanted to meet and mingle with other suppliers. Most of all other photographers! We don’t often get the opportunity to meet other photographers, so it’s was great to catch up with people who’s work we’ve long admired. It was nice to meet new faces or in many cases put a face to a name.

It was a long, tense build up to the photography announcement. When it finally came it was surreal to hear our names called. Had it not been for Sam, I don’t think i’d have moved I was that shocked! I don’t remember much, aside from looking up and seeing a camera as we made our way up to the stage. It was completely overwhelming to be surrounded by a crowd of people who are all smiling and clapping for you. It’s a wonderful thing when professionals are able to support one another and we feel incredibly lucky to have been surrounded by a good bunch last night.

Following the awards, we could have done with a few extra heads- but it was great to briefly chat with so many lovely people offering their support and congratulations.

So here we are again, for the second time. Regional winner for the East of England at the 2016 Wedding Industry awards. Massive massive thanks to the sweethearts we are lucky to have had as clients who gave their time to vote, their support, encouragement and most of all their trust when they chose us as their photographers. Thank you will never quite cut it!

Well done to everyone involved last night. We really hope that we bump into many of you again soon! 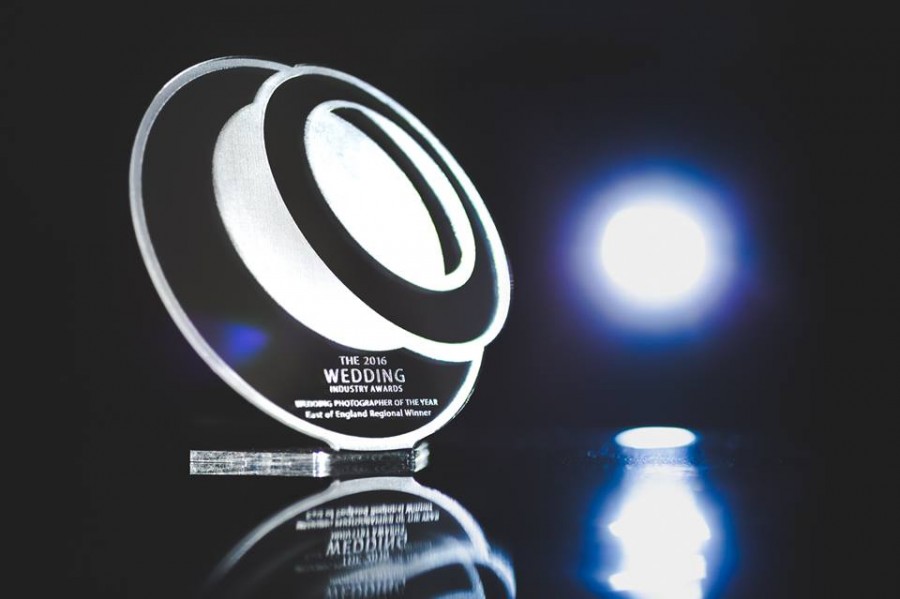