So hands up who thought we’d still be in this mess in 2021? Not us, that’s for sure! Like many of you, we were hoping that the goings on of 2020 would all be a flash in the pan and long gone before a new year rolled around. But here we are, 10 months down the line and it’s looking like it’ll be a good few months yet until weddings start to look a bit more “normal” again. I actually wrote this post last summer when small weddings were just starting to be an option again (around end of June/July 2020 time.) Thanks to being furloughed though, I never got around to posting it. So given the fact that big weddings are still off the table (for now) what better time to share our thoughts on why small weddings are amazing?

Now I know that this is something a lot of suppliers have already spoken about. And I know that it can come across as insincere- like it’s only being spoken about to encourage you to have a small wedding so they can keep your business. But hear me out. We actually did have a small wedding ourselves, so we’re speaking from actual experience. In fact, our wedding was considered a “micro wedding” when we hosted it back in 2015 as there were only 14 of us in total. You can tell how thrilled we were about the prospect of being newlyweds in the photo below! 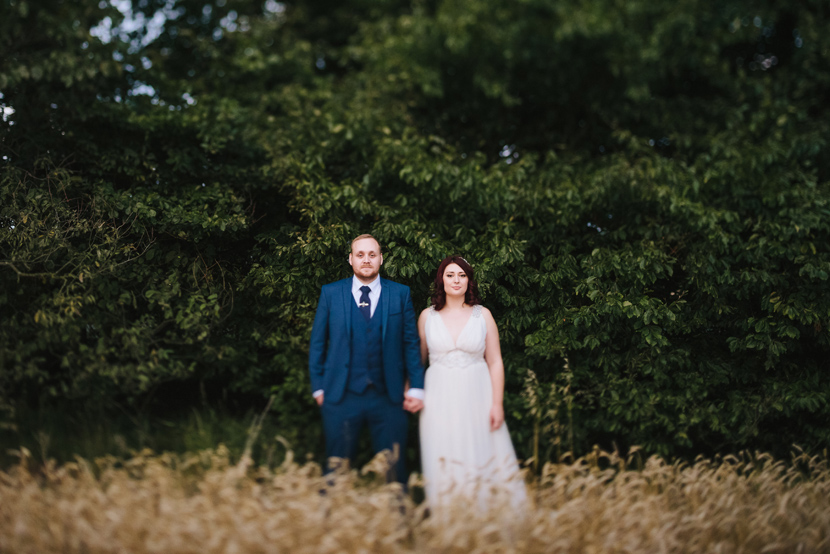 If you’re here laughing because otherwise you’d cry, i’m here to let you know that we too planned a big wedding originally. We hadn’t always planned to have something small. We were in a similar position to a lot of you. Big wedding planned and everything had been bought and paid for for 2 years before we pulled the plug. Then things started to go down the pan and we ended up with just 14 of us. It was the absolute best thing that could have happened, even if it didn’t feel like it at the time.

Let me preface this by saying that I absolutely understand that for some people a small wedding is out of the question. Be that due to religious and cultural reasons, family expectation, financial investments already made, or simply because you don’t want a small wedding. This isn’t a post to try and convince anyone, but to simply share our own experiences of both hosting and photographing small weddings…and we genuinely think they’re fantastic. 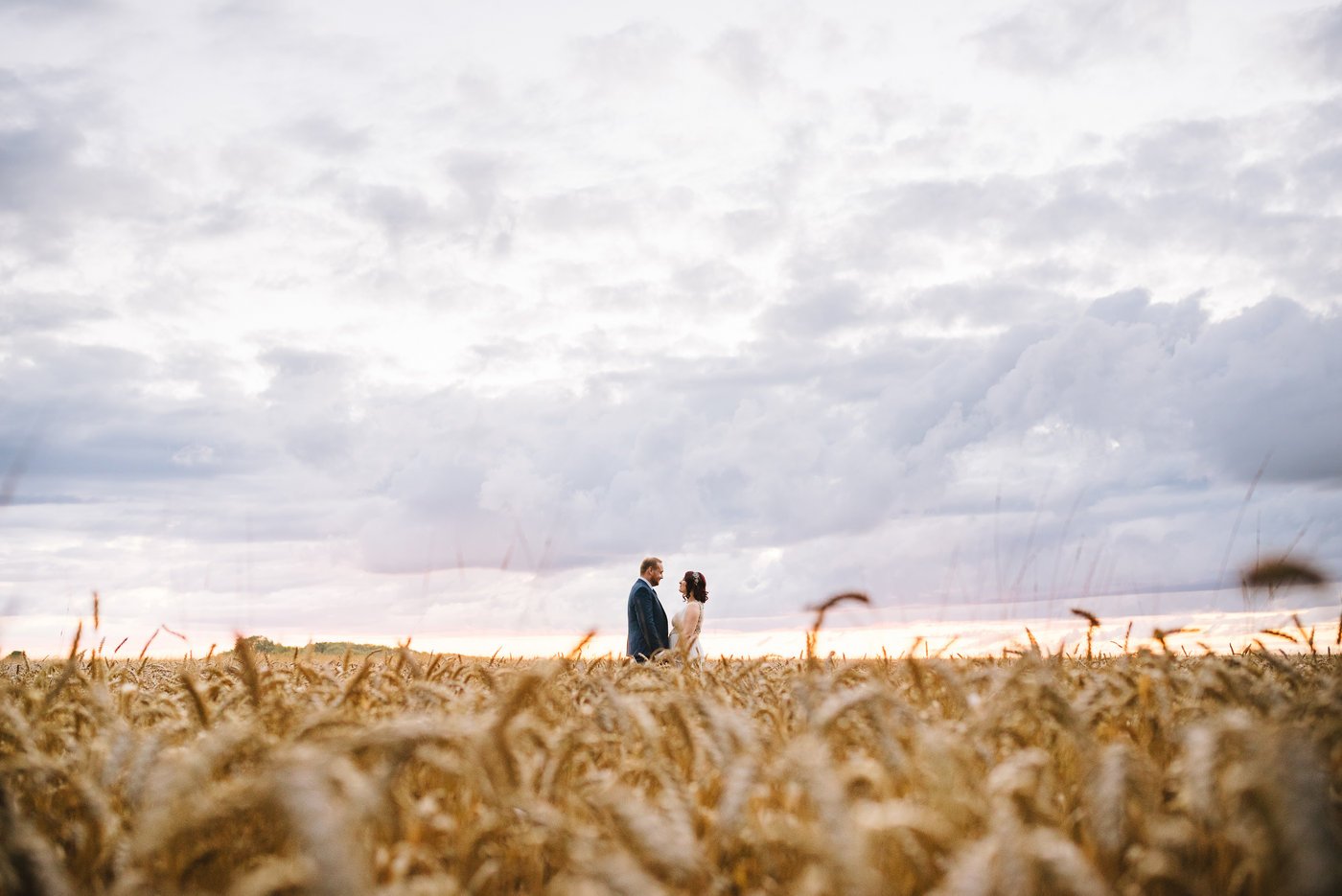 Back in 2013ish we were planning our own wedding. Originally we had a pretty sizeable celebration in mind. The kind you see all over pinterest and on wedding blogs. Tipis and outdoor games and incredible flowers. Moss table runners, bumper cars and an open bar, the lot. We had a guest list of around 100 initially. Back then we were in our mid 20’s and decided that we wanted a big, fun celebration as it would probably be the only one we ever had. One that included all the people from various parts of our lives. Over the space of a couple of years we planned everything down to the last tiny detail. We paid off loads of balances in advance to be super organised, booked accommodation for our suppliers, crafted. You name it, we had it covered. As the date approached we sent out save the dates and that’s when the fun began.

Soon we started getting feedback. “I can’t come because I might be unwell that day” (genuine message received). “So and so can’t come because it’s an hour away from where they live.”  “So and so isn’t coming if their kids aren’t invited”. “You HAVE to invite children”. “I don’t understand why you’re not inviting everyone to the legal ceremony that’s the bit that matters.” (FYI: We wanted to do the paperwork informally just the two of us and have a celebrant so we could get married outdoors)

After countless excuses about why certain people could, couldn’t or wouldn’t come and a whole lot of input we didn’t ask for, we’d had enough. It felt like more backwards and forwards than it was worth and after some discussion we literally cancelled everything.

We decided that we were going to elope. Just us and the dogs. Over the weeks that followed, surrounded by all the things we’d accumulated for the wedding and the thoughts of all the plans we’d had, we began to have second thoughts. It didn’t feel right to sack off everything we wanted because of things beyond our control. We could make this work. Ultimately we decided to host a very small celebration instead. Strictly immediate family only. Parents, siblings, our siblings partners and our grandparents. We ended up with 14 of us in total. It was the best thing we could have done! 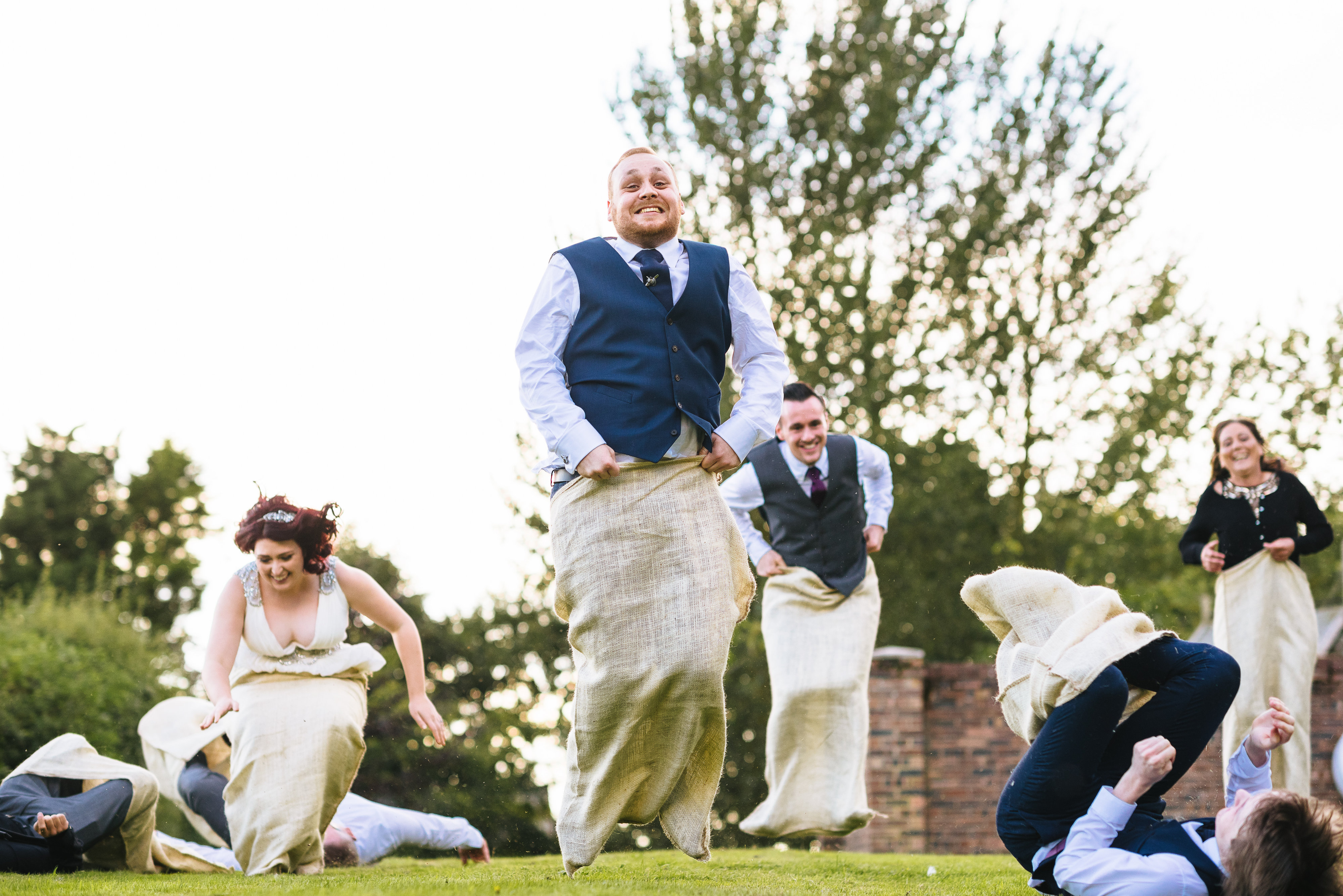 With a scaled back guest list we now managed to avoid most of the drama associated with planning a larger wedding. Once we announced new plans with a very clear “immediate family only” message, there was nothing more to argue about. We no longer had issues like “you have to invite that cousin because you’ve invited that one”. There was no obligation to consider plus 1s or any pressure to do so. It made the guest list very clear cut and it made it very easy to shut down any unsolicited advice or comments.

Scaling back had a knock on effect and suddenly we felt we had so many more options. Things that we’d not have even been able to consider before. With no need for a large venue anymore for example we could host our day pretty much anywhere, not just where we could fit. There was less worry with catering. Trying to choose food that will please lots of different people was stressful and offering everyone a choice was expensive. In contrast, choosing meal options for less than 20 people proved to be much easier, especially when you know them all well. The smaller numbers also meant we could invest more on better, higher quality food. Sometimes compromises have to be made when catering for large numbers or costings can quickly get out of hand. What I loved most about our food was that it was noticeably fresh and plated immediately prior to serving, something that we’ve noticed doesn’t always happen with bigger numbers. It’s impossible to plate 100 servings at the exact same time for example without chaos or delay. Smaller numbers make this much easier.

We could also get away with things like a dessert table in place of a single catered dessert.  Not as a money saver but because again it gave us (and our guests) more choice. We chose all our favourites from places like the English cheesecake factory, Patisserie Valerie and more. This made things feel a lot more personal as our choices became about what we loved and what our nearest and dearest loved as opposed to what was most likely to be a crowd pleaser. Big portions, seconds and leftovers were a definite bonus on the food front.

The same logic applied when it came to entertainment. We’ve shot over 350 weddings during our career and I can count on one hand the number of those that did not have a traditional evening party. People seem to go for a traditional evening celebration even when it isn’t something their crowd will be in to. There’s nothing sadder than seeing a couple disappointed by an empty dance floor. Sometimes that just isn’t what their guests are in to though.

With smaller numbers we felt less pressure to conform. We don’t come from a family of keen dancers so we sacked off the evening disco and had a pool party instead. Throughout the day we had football nets and badminton rackets, swing ball and sack racing. It wasn’t just the odd personal touch, but the entire day and every aspect of it was hugely personal. We were able to consider and cater for every person in attendance in some way. This made it feel so special. 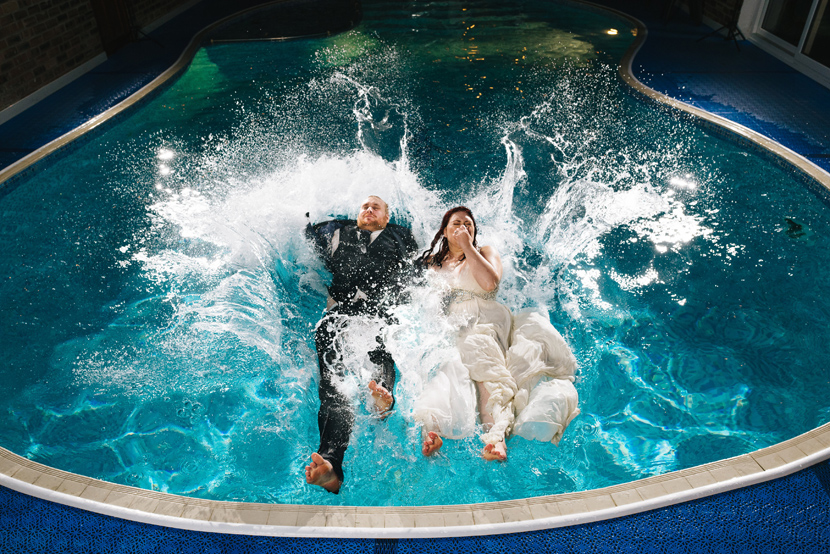 One of the best things about having small numbers though was the lack of pressure regarding time. On a “normal” wedding day, time is the enemy. With large numbers timings can easily become the bane of your existence. Herding dozens of people from one place to another is a time consuming chore and even just a minor over run can have big knock on effects further down the line. All it takes is for Auntie Tina to disappear to the loo during the group photos or for your cousins to decide to wander off for a look around the venue and you can find yourselves out of time for couples photos. We didn’t have to worry about any of that. 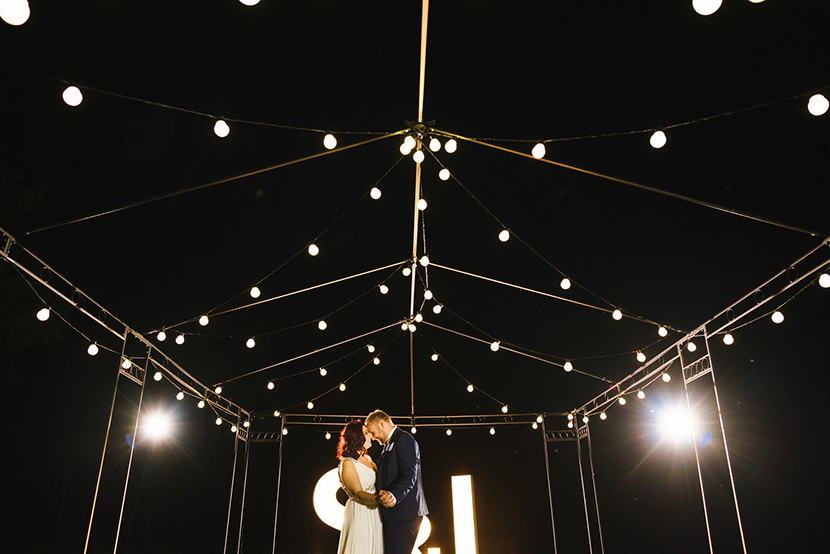 The best of both worlds

What we really still appreciate to this day however is the fact that we had enough time to speak to everyone properly. Not just a quick hello and thanks for coming, but a proper interaction. This was so precious and something we do not take for granted. From experience with many of our couples over the years we know that the guilt about not spending time with people who’ve made an effort to be at your wedding is real. It’s something a lot of our couples mention. Whilst people understand that there’s only one of you, it doesn’t stop you feeling bad about it yourself. Often putting aside the time to speak with every person can come at the expense of being able to spend time with your new husband or wife. We found that with smaller numbers we didn’t have to choose. It was the best of both worlds.

Even during moments like our unplanned and impromptu speeches, we could literally see everyones faces. Little things like that made the whole thing feel very intimate. Knowing everyone in attendance very well gave a greater sense of relaxation and informality. It was like a fun and informal Christmas get together with fancier clothes and a ceremony to kick it all off!

Thanks to smaller numbers another bonus is that everyone was captured beautifully at some point during the day. Consequently everyone is included in our photos and wedding film. This is something that isn’t always achievable with greater numbers, even with the best photo and video teams working on your day.

We know that small weddings aren’t usually what people plan from the get go. Especially “micro” weddings as ours was so termed. But that doesn’t mean they are any less fun or any less special. If anything, we felt that ours was more fun and more special than it would have been than if we’d gone with plan A. We still got to wear fancy clothes and have pretty tables. We still had our floral ceremony arch and pretty cake and all the other little special extras. You don’t lose out on any of that stuff by going small.

So if you’re thinking about a smaller celebration than you had planned originally, remember just how fantastic small weddings can be.