First Look: What Are They? Should I Have One? 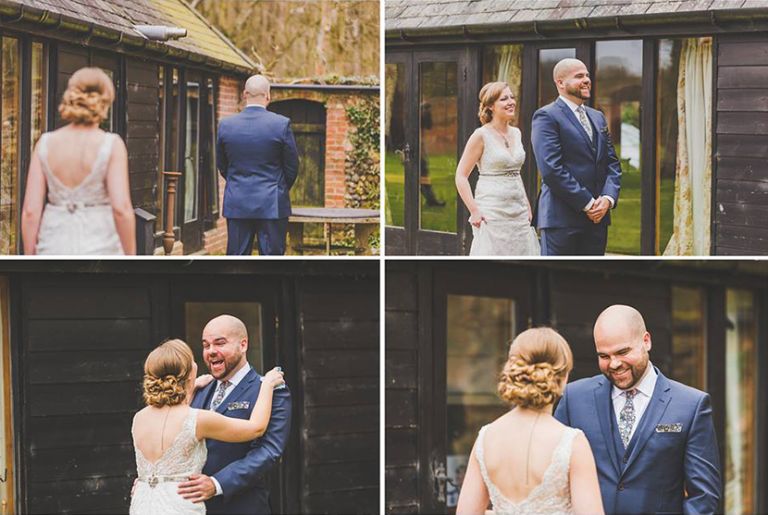 The “First Look”. It’s a term that seems to be popping up more and more frequently in the wedding world. It’s partly thanks to sites such as pinterest.com which allow us to connect and engage with wedding ideas and traditions from all over the world. For many of us over here in the UK however, we’re completely baffled as to what a first look actually is. Let alone why we might like to have one.

What is a first look then?

A first look is where a couple see one another before the wedding ceremony takes place. Suited and booted and with glad rags on, they get the “first look” at one another. Away from guests, friends and distractions. A moment of privacy to simply be together. First looks are incredibly popular over seas, but as ever in dear old England we’re seriously lagging behind!

To some, the mere suggestion that you would see your beloved before walking down the aisle is ludicrous. It goes completely against tradition. More importantly, many consider it to be bad luck. Superstitious stuff aside, we’ve been privy to lots of first looks now and they are moving, timeless and beautiful moments to be part of.

We actually opted to have a first look ourselves at out own wedding and it is still, 3 years later, my favourite part of the day. 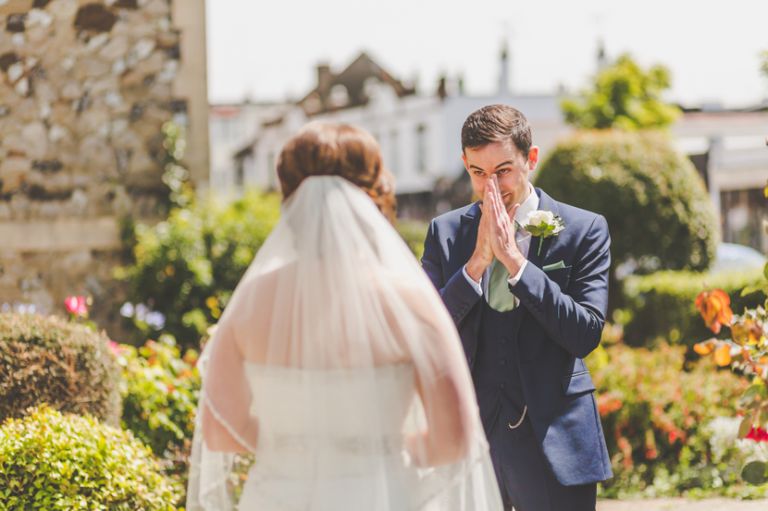 Here’s why we think you should at least consider having a first look.

For starters, everyone and their aunt will tell you just how quickly your wedding day will zoom by. Everyone will tell you how little time you will actually get to spend with your new husband or wife. On this occasion, everyone is right. I can’t even begin to describe how quickly a wedding day zooms by. And that’s for us, as the photographers. When it’s you who is actually caught up in it all, it’s over in the blink of an eye.

It is SO important that you get some quality time to just be together and look into one another’s eyes. It’s important that you have a few moments at least without having to worry about poses or blinks, or reciting vows. Just to hold each other and take everything in. Grabbing 10 minutes together before your ceremony will give you this quality time and prepare you for the day ahead. You’ll be there to offer one another the unconditional love and moral support that only your significant other can. 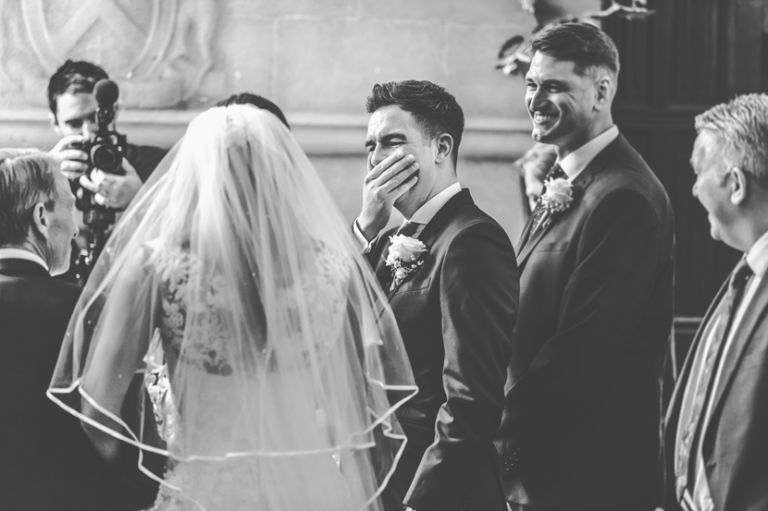 First looks are great for nerves

Aside from the above, first looks are great at settling nerves. There is a lot of build up surrounding a wedding and a lot of pressure to “get it right”. Grooms in particular seem to suffer from pre ceremony nerves more than most. Sometimes it’s the constant (well intended) ribbing from friends. Other times it’s the expectation that there will be an emotional response. And sometimes it’s being the emotional type and knowing you wont live it down if you shed a tear. Whatever the reason for the nerves, a first look is a great way to calm them.

Rather than letting a culmination of feelings come to a head as you hit the aisle (or as you stand at the alter waiting) take the pressure off by greeting your husband or wife to be beforehand. After that, what else is there to be worried about? From there on out, it’s all excitement and smiles, instead of trying to hold in tears and shakes and wobbly voices.

So forgetting the “practical” reasons, there are also the emotional ones. 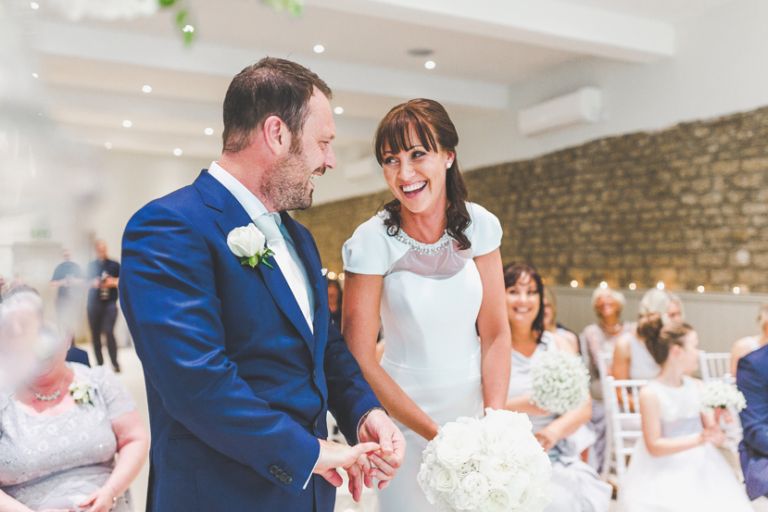 Although things are changing, stereotypically Grooms aren’t all that eager to share their emotions fully in public- or indeed in front of peers, workmates and extended family. Yet quite often brides expect (or want) an emotional reaction. Again, we blame pinterest for that one! An emotional response is far more likely to happen privately, when they can truly respond in a way they see fit, without the pressure of peering eyes.

Missing your chance at the top of the aisle.

Whilst tears are really common for both brides and grooms, if you see one another for the first time at the end of that aisle, you’ll never get to say what you really want to say. You’ll never be able to embrace one another, hug, gasp or just spend time looking, because your ceremony will have already begun. Even if you do get the chance to steal a little kiss there’s no guarantee that conditions or permissions will be such that your photographer is able to capture it. Sometimes photography isn’t allowed, or your photographer may only be able to shoot from a certain position, where getting your reaction would be impossible.

Arranging a first look means that you’ll have privacy to be together alone, with a photographer at a suitable distance. When you see each other for the first time, not only will your reaction and subsequent meeting be documented, but that reaction will be a true and uninhibited one. And trust us, it makes all the difference.

I understand that some feel iffy about breaking with tradition, but put the hat of logic on for a second. Have you also followed tradition in every other area? Are you wearing white…should you be? Do you have old, new, borrowed and blue? Will you be keeping the top tier of your wedding cake and saving it for the birth of your first child? Are you being given away and promising to honour your partner with your body? The list goes on and on. Tradition can be cool, but making your own is cooler.

And as for the bad luck thing- In many other cultures it’s actually traditional to see your partner before you marry. The rest of the world seem to be doing ok on the bad luck front!

First look: They’re not for everyone

Now we’re not saying everyone must have a first look, but it’s definitely something we feel couples should think seriously about. It doesn’t mean that you miss out on the chance to walk down the aisle or anything like that. Everything about the rest of the day runs in the same way. 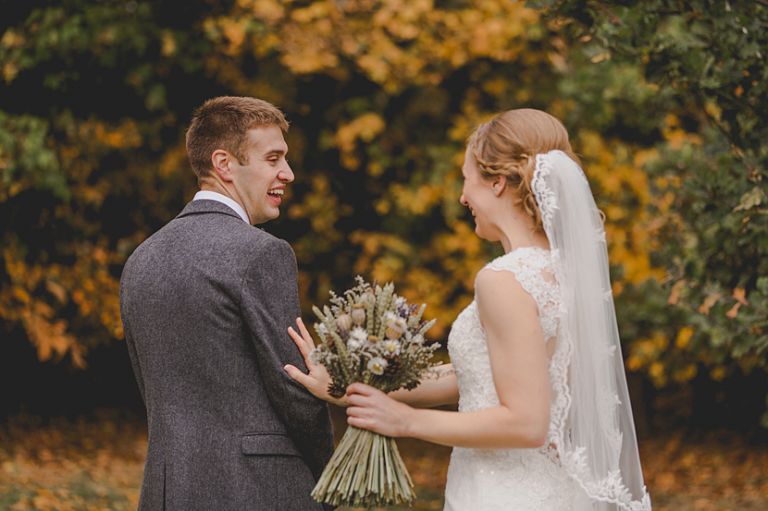 You can see from some of the photos we’ve posted throughout the blog, how grooms have responded publicly, how mothers and fathers have reacted to seeing their daughter as a bride. You may notice  the marked difference between the private reactions done away from peering eyes and those in front of an audience. Wouldn’t it be lovely, amazing even to share a special few moments embracing the one you’re about to pledge to be with and share everything with for as long as you both shall live? 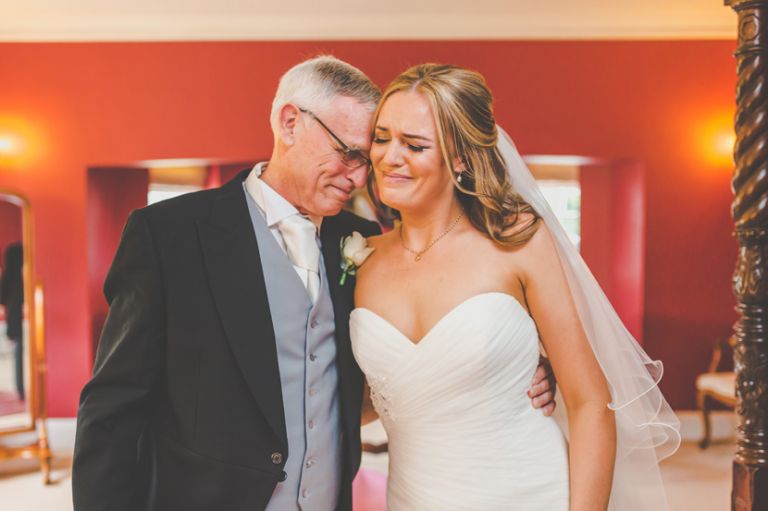 If you’ve already placed your booking with us and would be interested in doing a first look, please get in touch!

Show Hide 0 comments
« Choosing Your Group Photos: Tips & Advice
First Dance: Tips & Advice for Getting It Right »
hello@samandlouise.co.ukPop us an emailTOUCHGet in 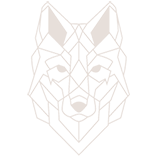